When I Tested Positive

October 27, 2020 - It had been 8 months since I visited my grandmother and mum said “Parkinsons is progressing at a fast pace, visit her.” Given the nature of my job and considering my whereabouts for the last few weeks I decided to give my swab samples for the COVID test before visiting her. 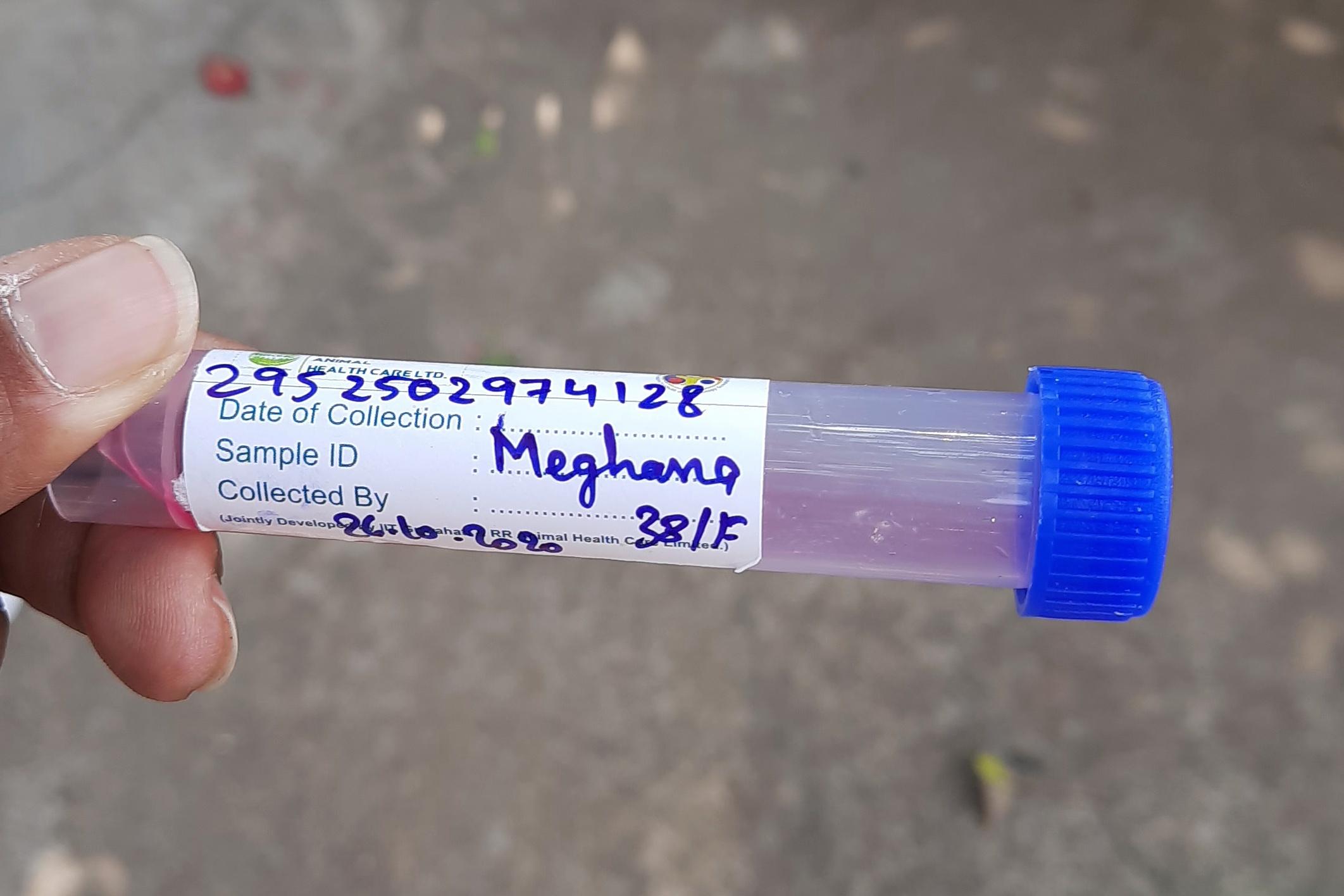 At a BBMP fever clinic in Sarakki where I regularly photograph. I told the technician to not jab my nose and take his time. I must say he was quite gentle, I just sneezed 50 times after he was done.

I was eager to see my grandmother and on 30th I finished covering the BJP roadshow and went to the clinic to find out my result. The doctor on duty checked her email for the BBMP report and found out that I have tested positive. She seemed more shocked and concerned than I was. Initially I stared at her in disbelief as I take such good care of myself and follow all the necessary protocols when I am outside. 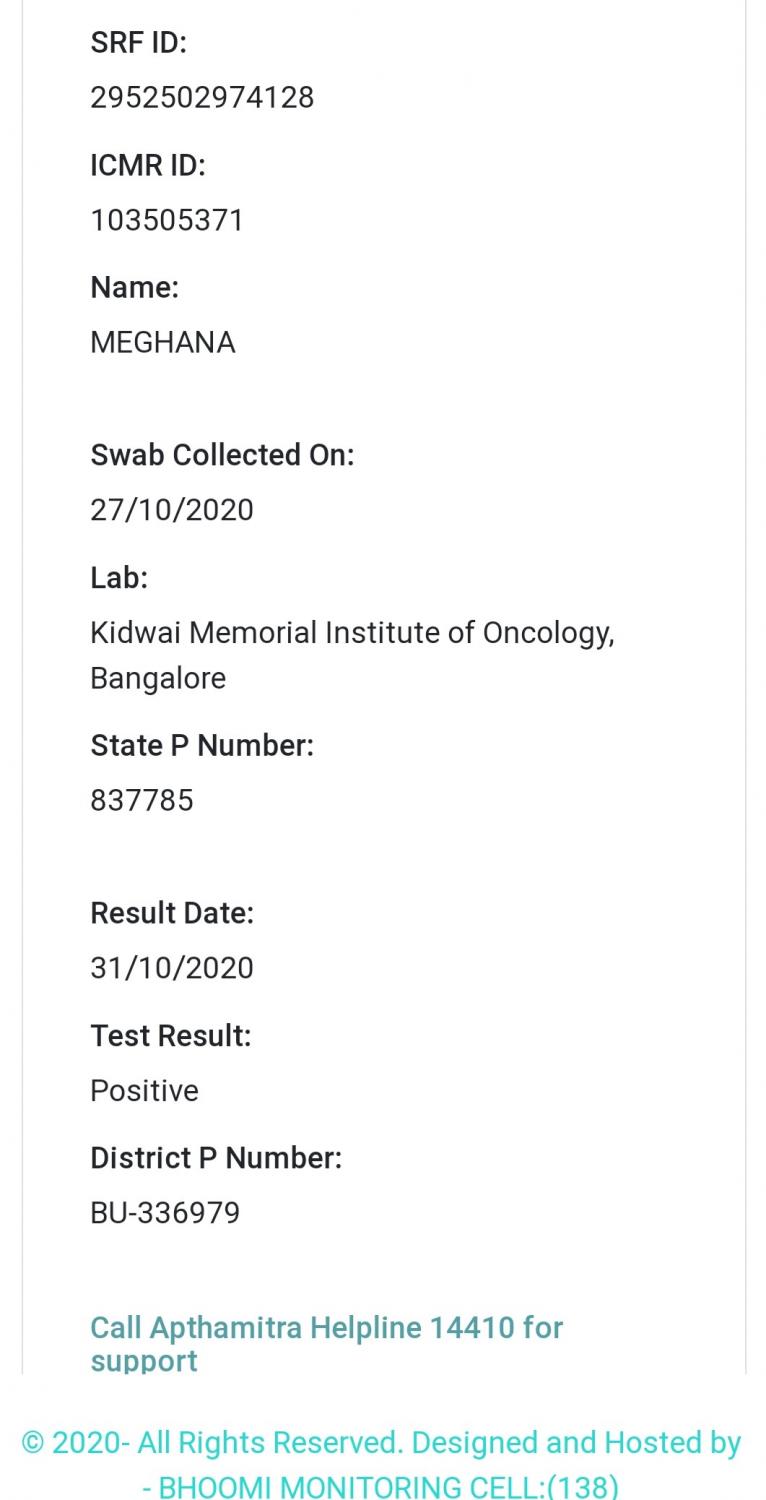 Once I return home, I sanitise everything, soak my clothes in water mixed with Dettol and detergent, shower, finish steam inhalation and only then meet my parents. Despite which I tested positive 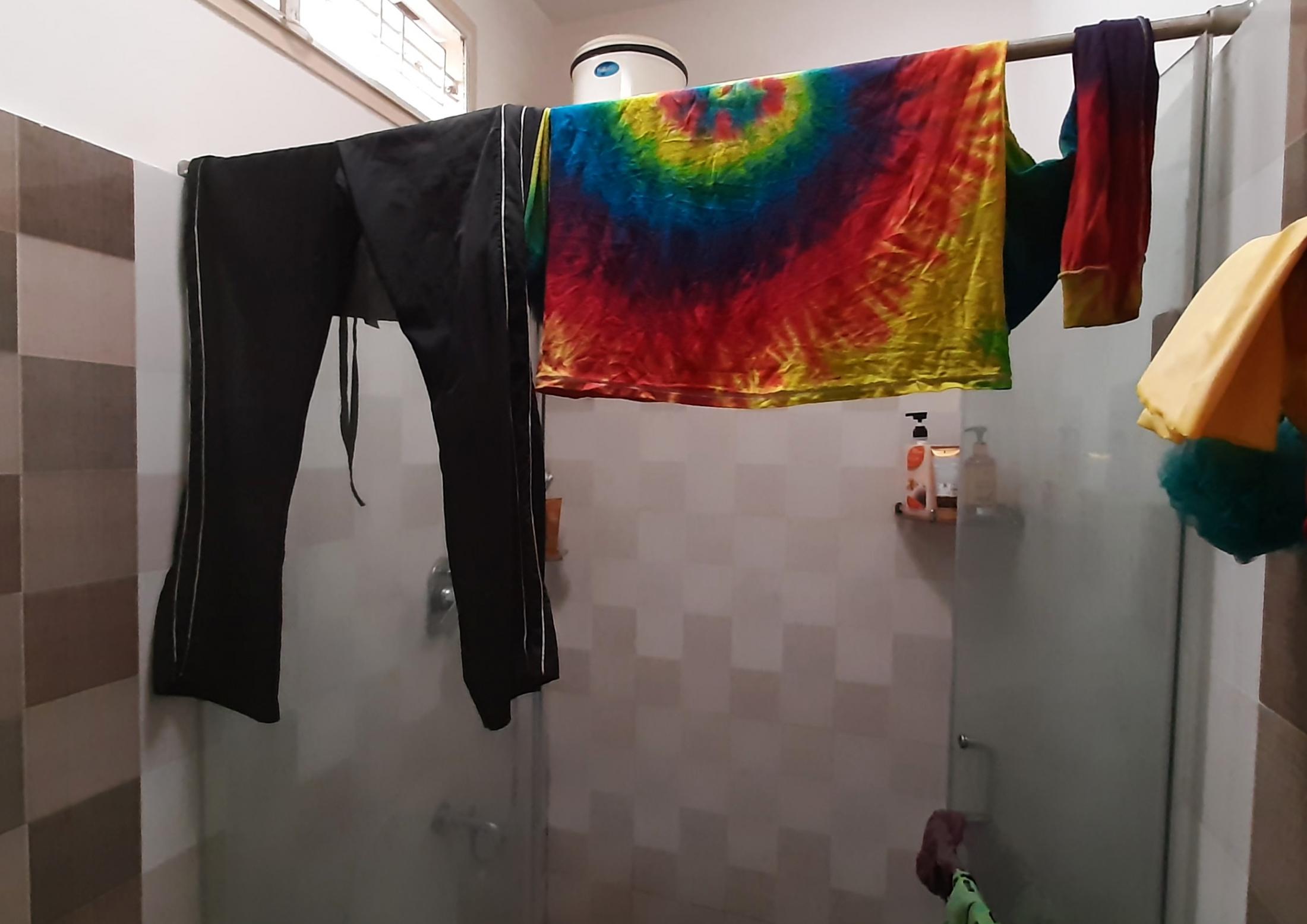 The day’s clothes washed and hung to dry in my bathroom. God bless the sunroof, clothes dried in less than a day. New place found to dry clothes indoors.

I was not very worried though. I told myself that this was inevitable but the good thing is it’s been caught early, I haven’t shown any symptoms to worry too much and I have maintained distance from my parents. I texted my brother and headed home. I quietly went up to my room, called my parents, told them that I have tested positive and that we need to make arrangements for them to test as well. I then filed the images shot during the day and texted everyone I could recollect having met in the last few days and told them to get tested. I also took to social media as I wasn’t sure who all I had met.

Then, my quarantine began.

For anyone who’s used to being active and is on the move continuously the thought of staying in one place for a long period of time is difficult to process.  I received a lot of calls and texts from family, friend and colleagues and a lot of advice from those who have been through this. I feel so blessed to have well-wishers in my life. A friend said “Please do not take it lightly it takes 4 to 5 days or more in some cases for symptoms to show up. However, don’t stress but just stay alert for any symptoms.” 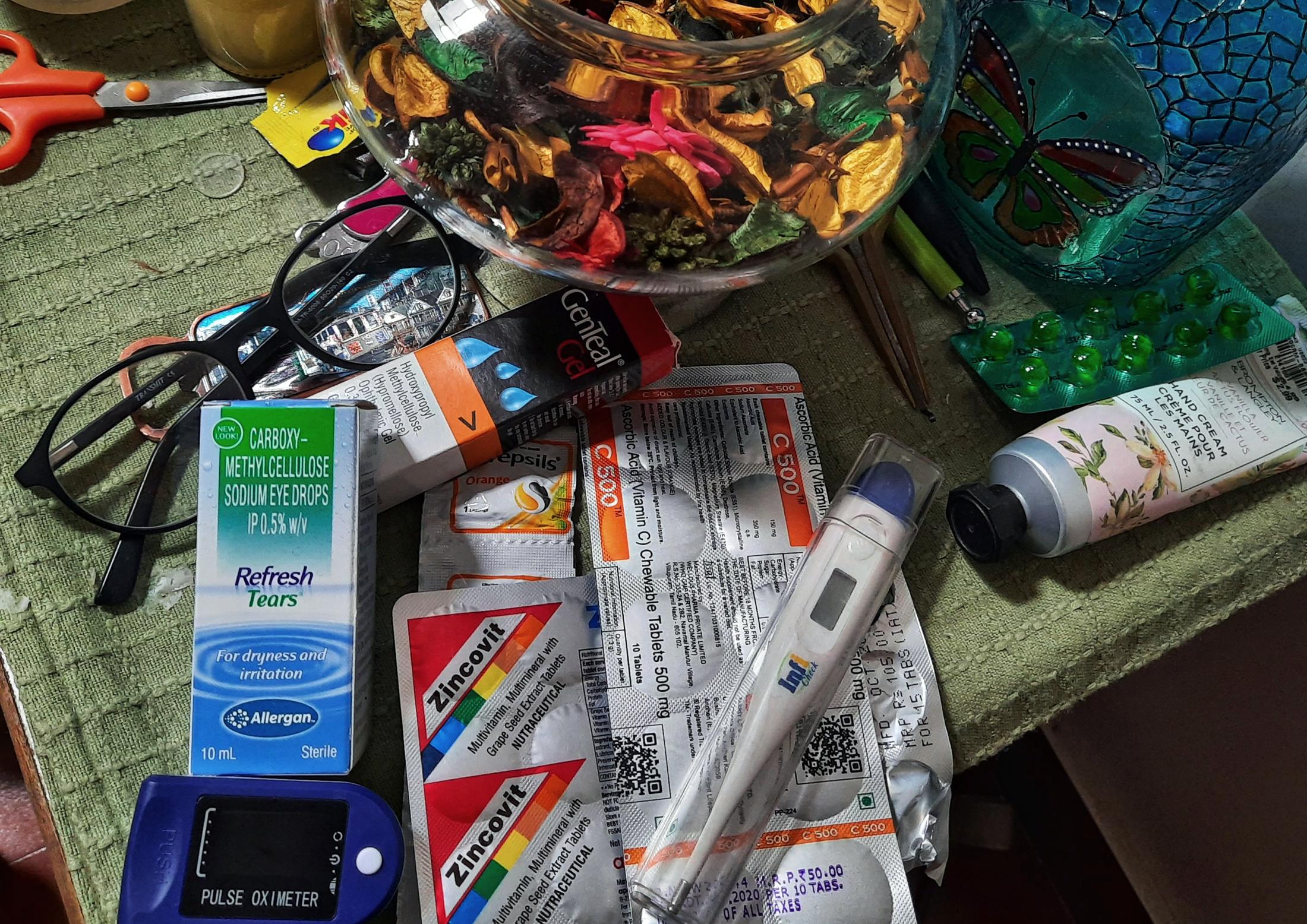 This is how my bedside table looked. Thermometer, Oximeter and Vitamins took up most of my space.

There are many mild symptoms that most of us brush aside. For instance, in my case if I have been out in the sun all day and not hydrated enough isn’t headache normal? My eyes burn – oh ok. Too much screen time I guess, let’s do some digital detox. These are things we tell ourselves. It’s only the following day when I woke up and my eyes were still burning and at noon I realised that something’s up. How can my eyes burn when I haven’t even looked at my phone or any device and that’ when I contacted an ophthalmologist who recommended eye drops and gel. It took a week but finally got rid of it. One thing that sticks with you is fatigue and dehydration.

I decided that I am not going to binge on Netflix or Prime but use this time well. I told my brother to get me an oximeter, an interesting book and a box of acrylic paints. 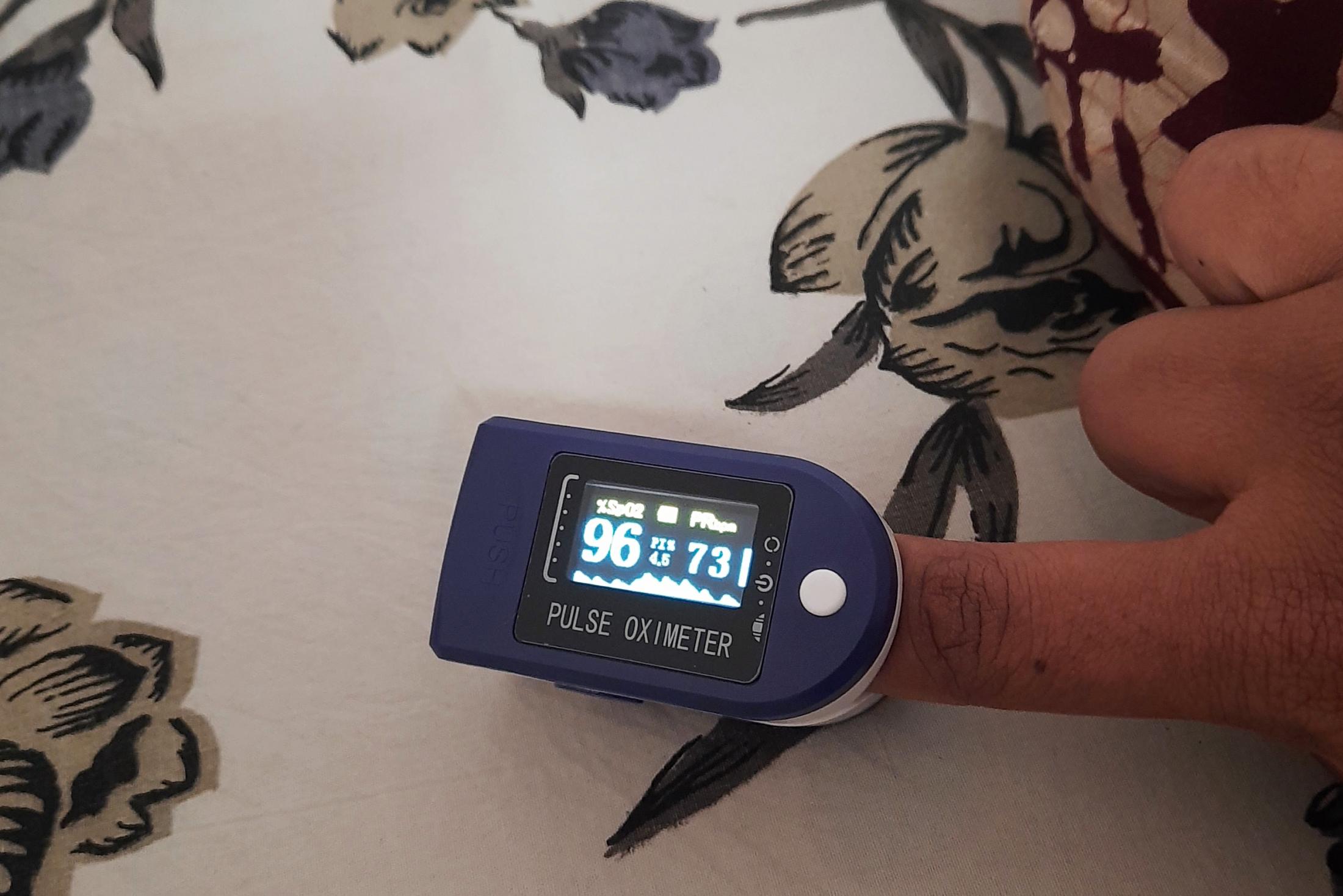 It is important to monitor the blood oxygen level, pulse rate and temperature every few hours. 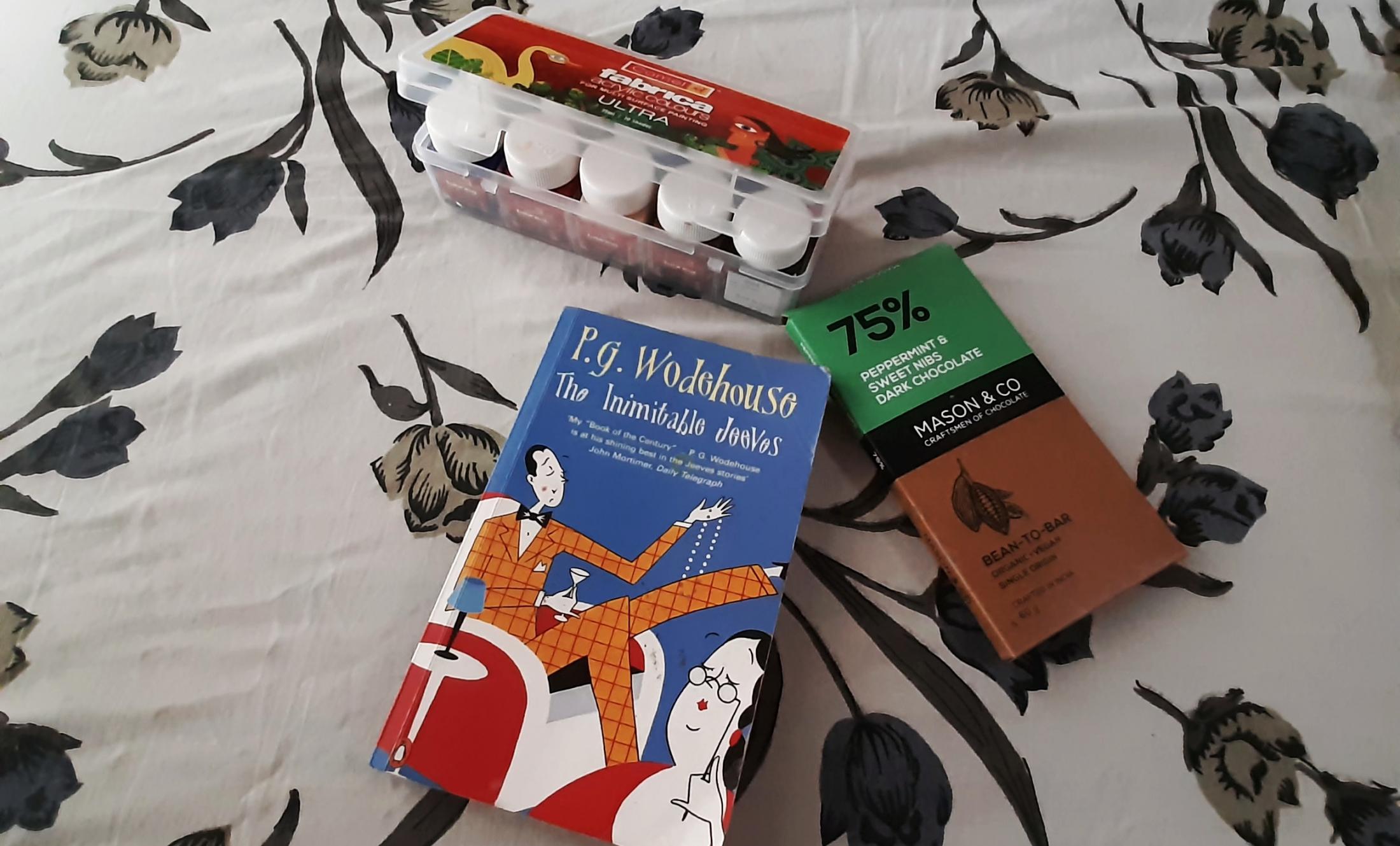 Acrylic paints to unleash my creativity and PG Wodehouse to humour me. Trust my brother to find the right book. They added a surprise. The best bar of mint and chocolate and my favourite combination ever.

I started by tidying up and reorganising my living space. It is said ‘That the way a living space looks is a reflection of ones mind’ I found a lot of new things during this process. I not only found beautiful things such as potpourri, fragrance oils and money in trouser pockets, I also found a lot of junk that I have now discarded. I also cleaned up my photo bank. This was way overdue. 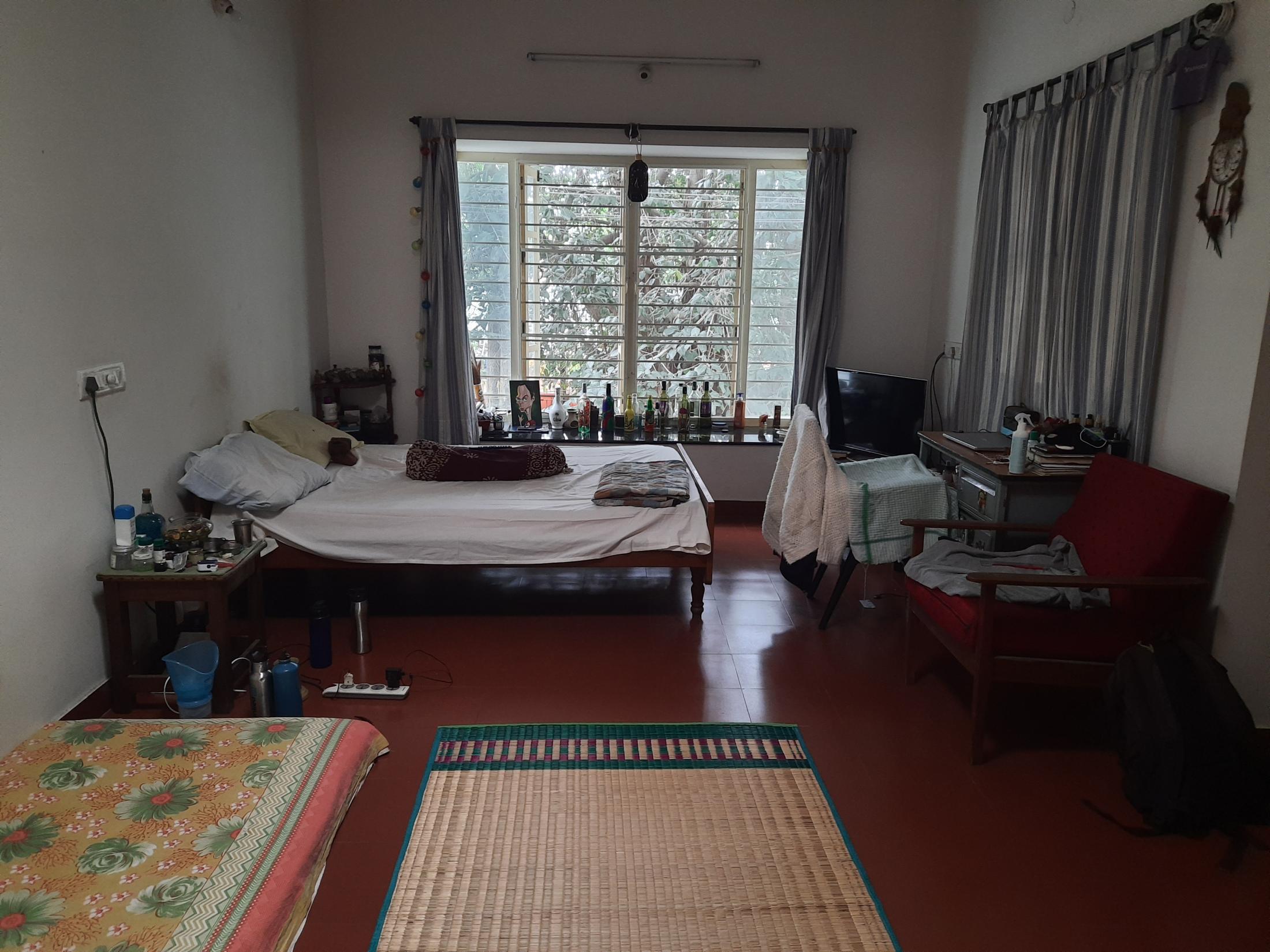 Reorganised my room and set for the next 15-18 days 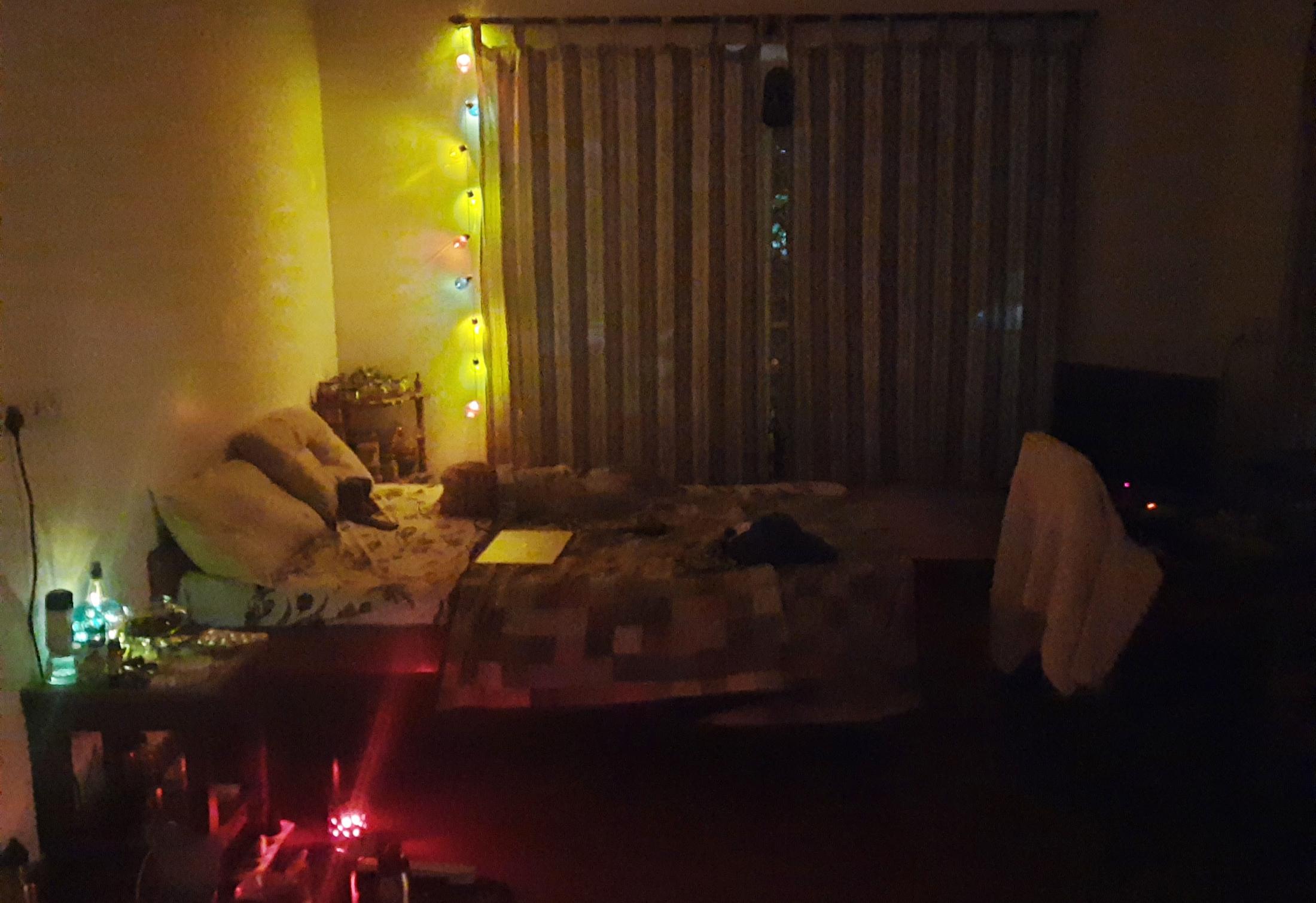 The ambience is set. 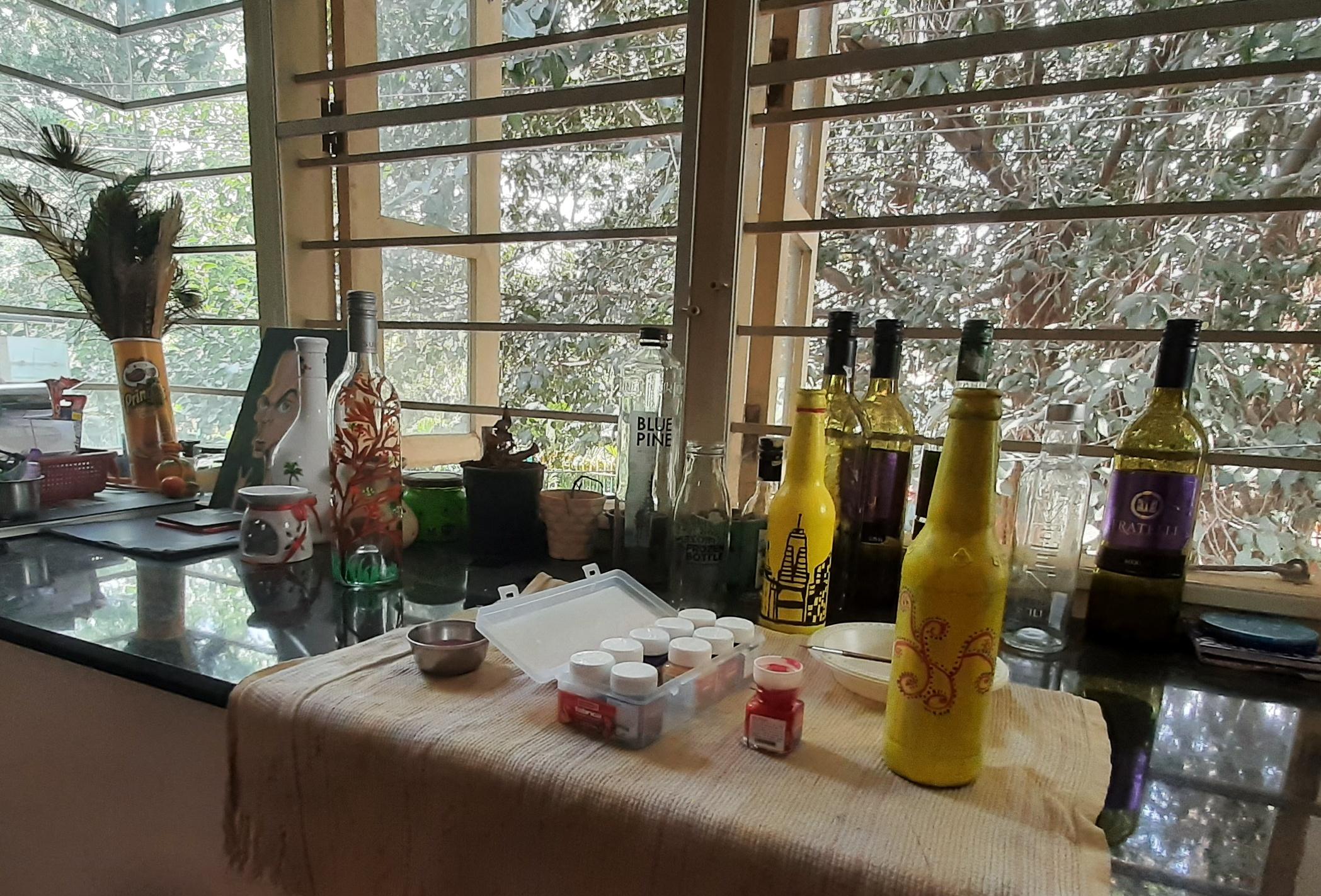 Wine and beer bottles collected over the last few months put to use. I don’t waste anything. 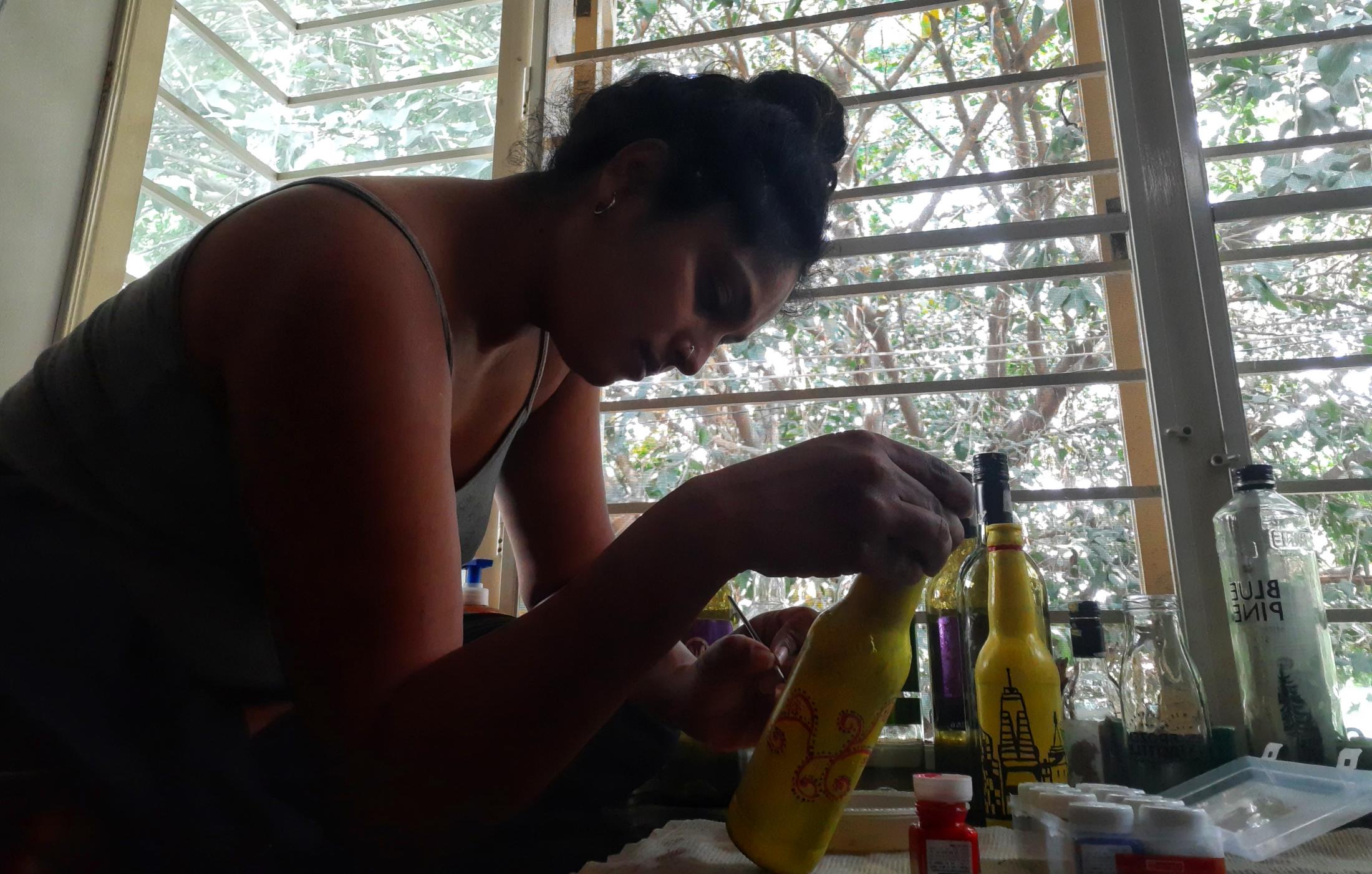 My reading nook on my bay window converted into my painting corner. 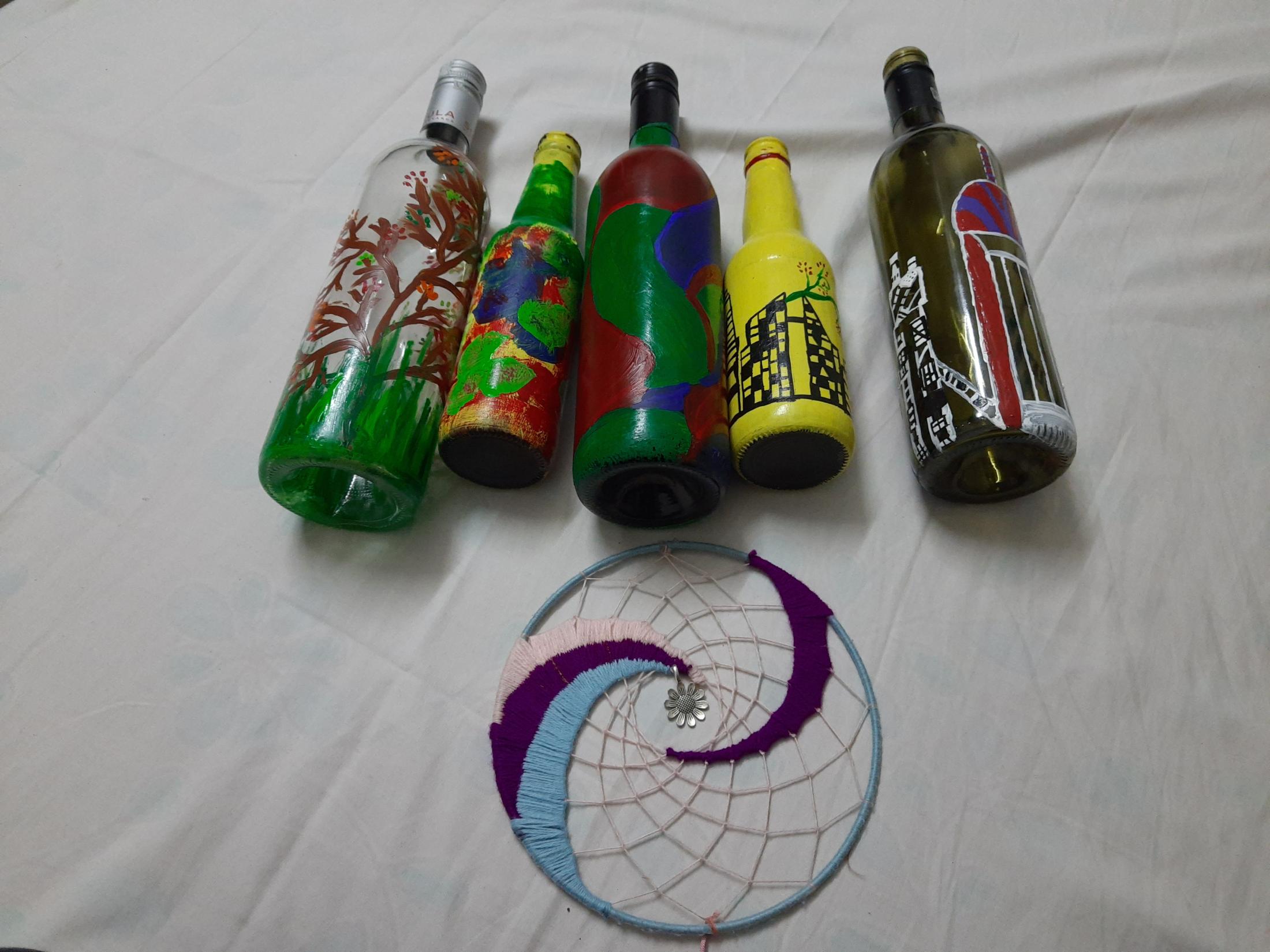 My creations during  my quarantine. I plan to continue my hobbies.

It is important to eat right. I was fed well. 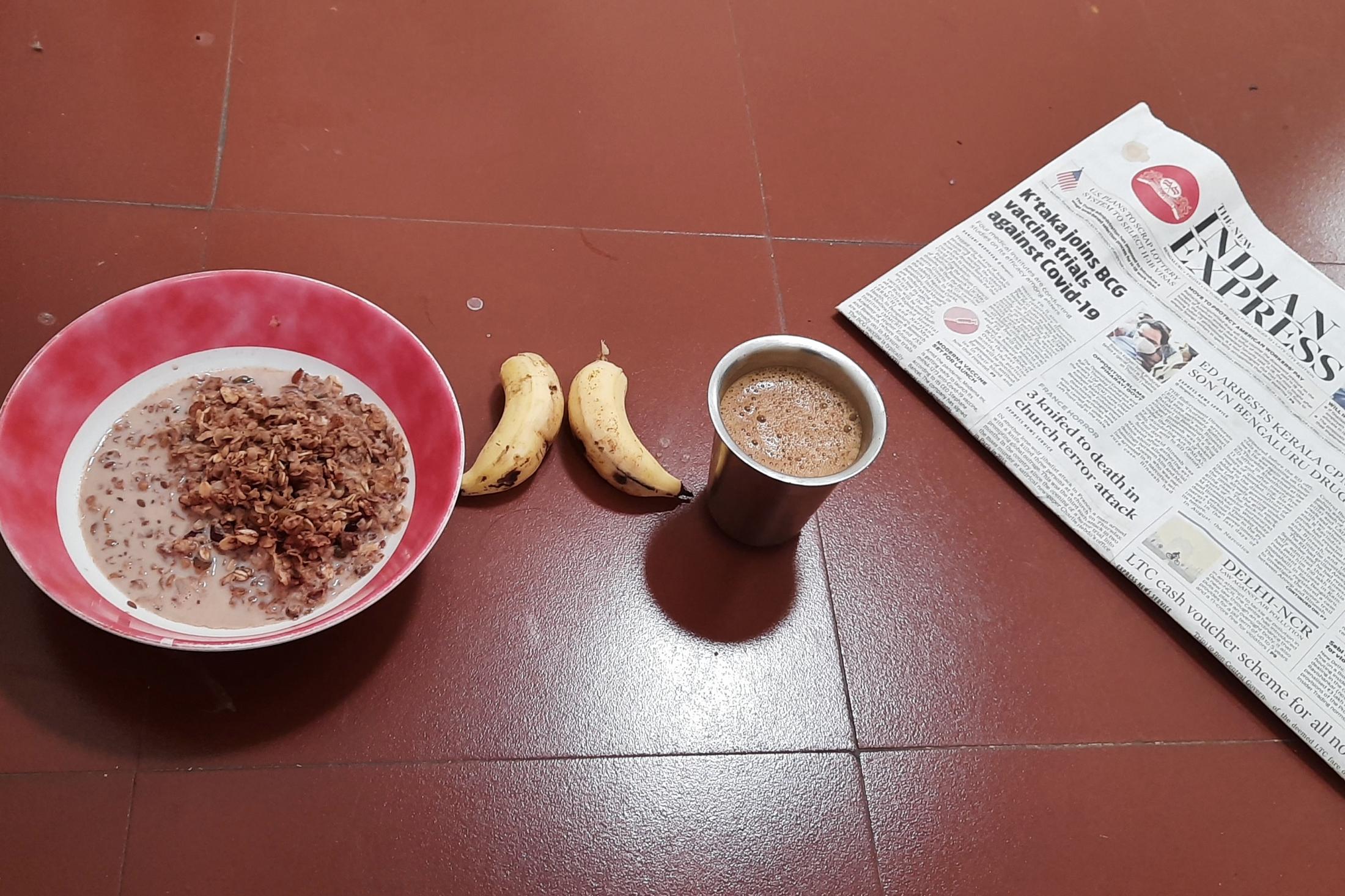 Breakfast left outside my door. 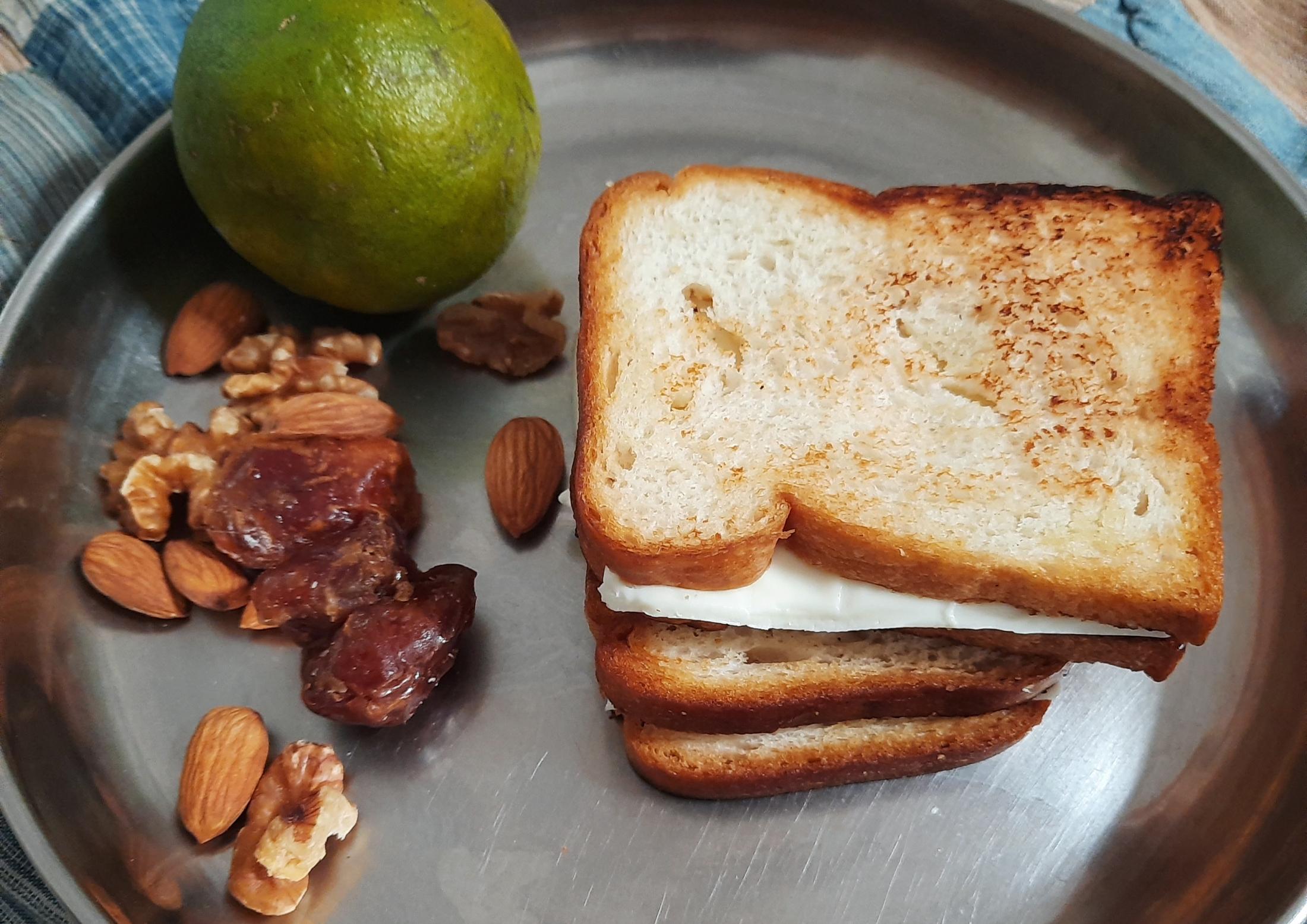 Vitamin-C in its natural form along with nuts and, bread and cheese! 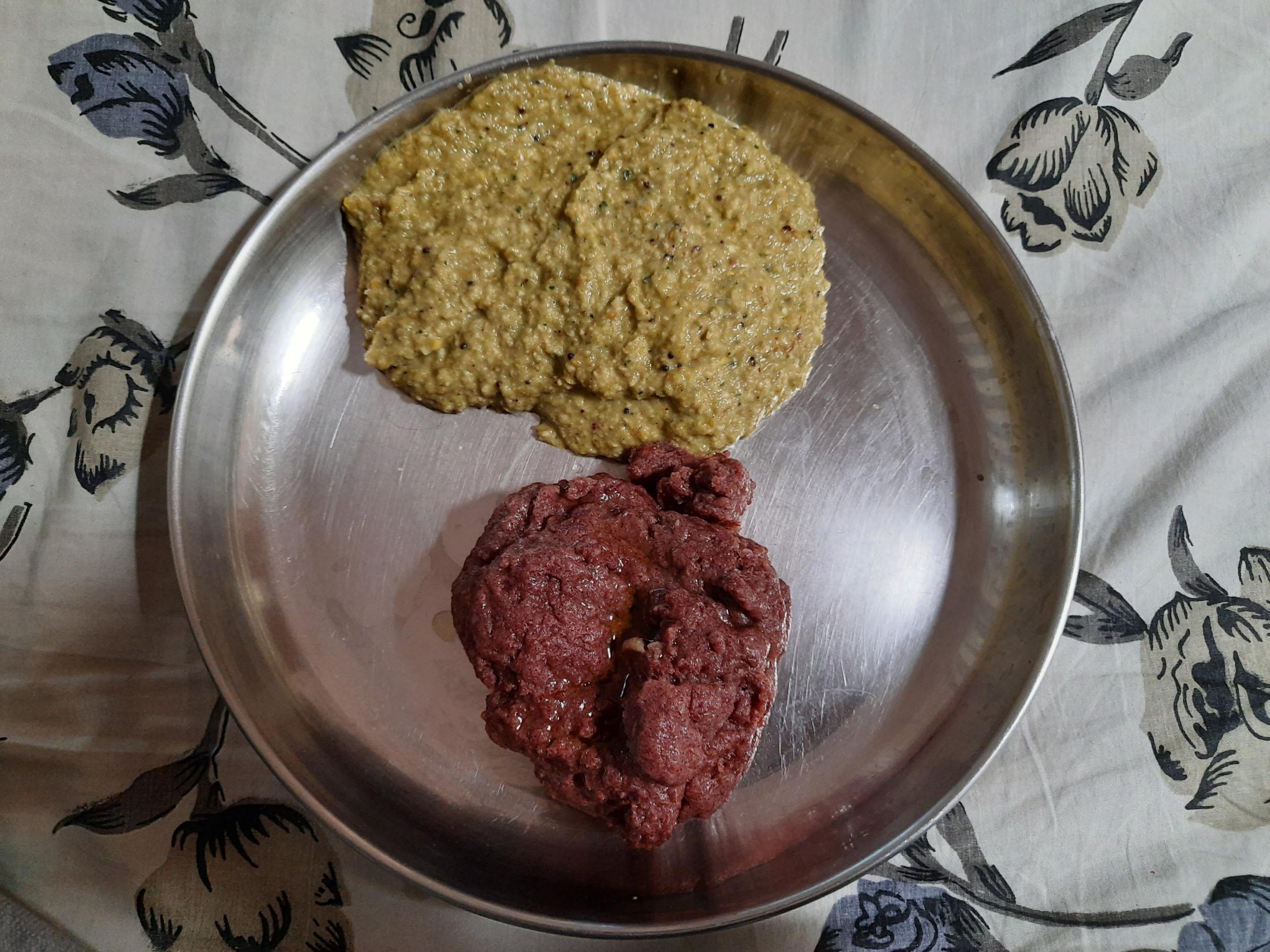 Mum serves me the most nutritional food to give me strength. Nothing beats Ragi. 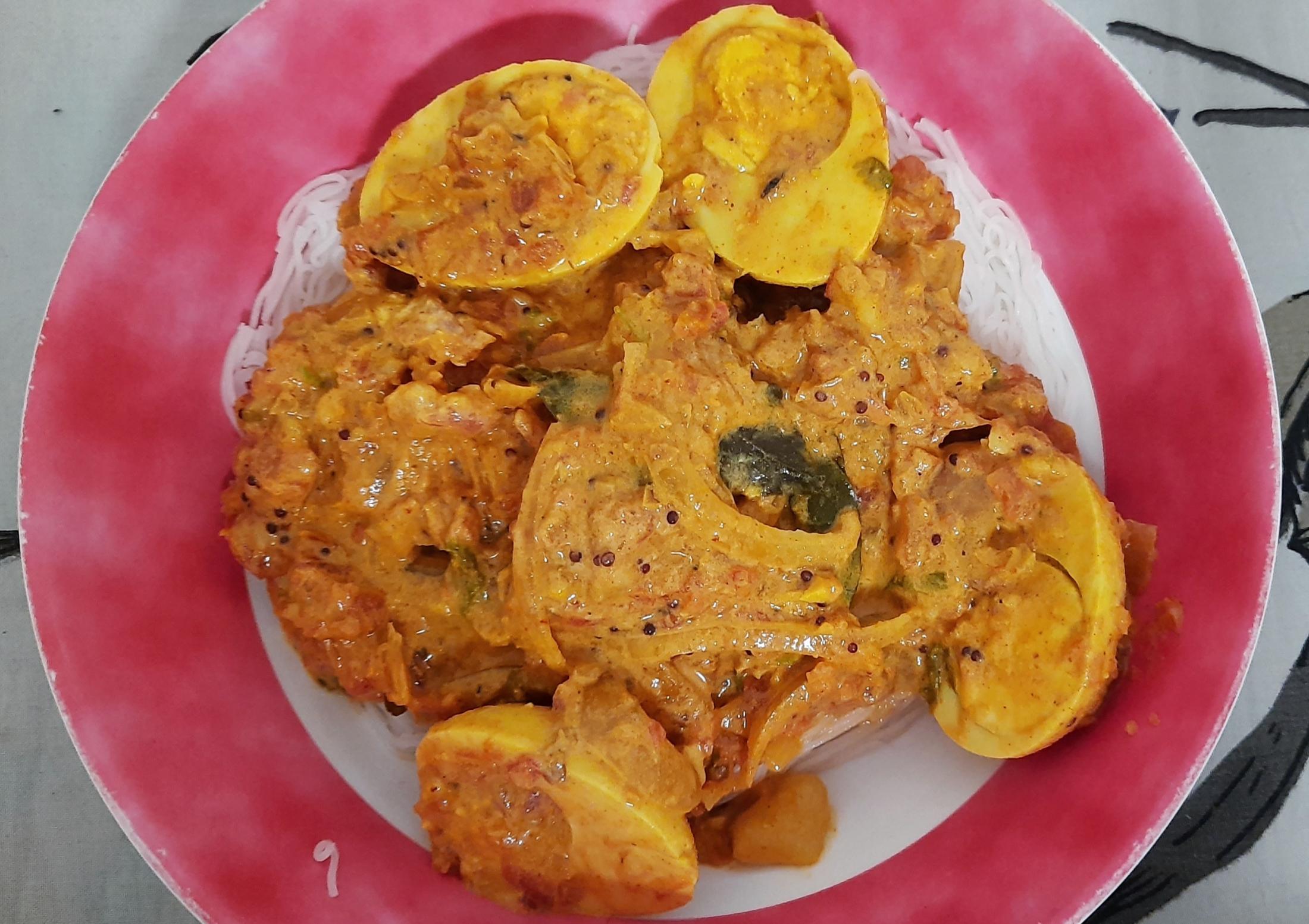 One morning on his way to frisbee practise my brother drops off my favourite breakfast, eggs. 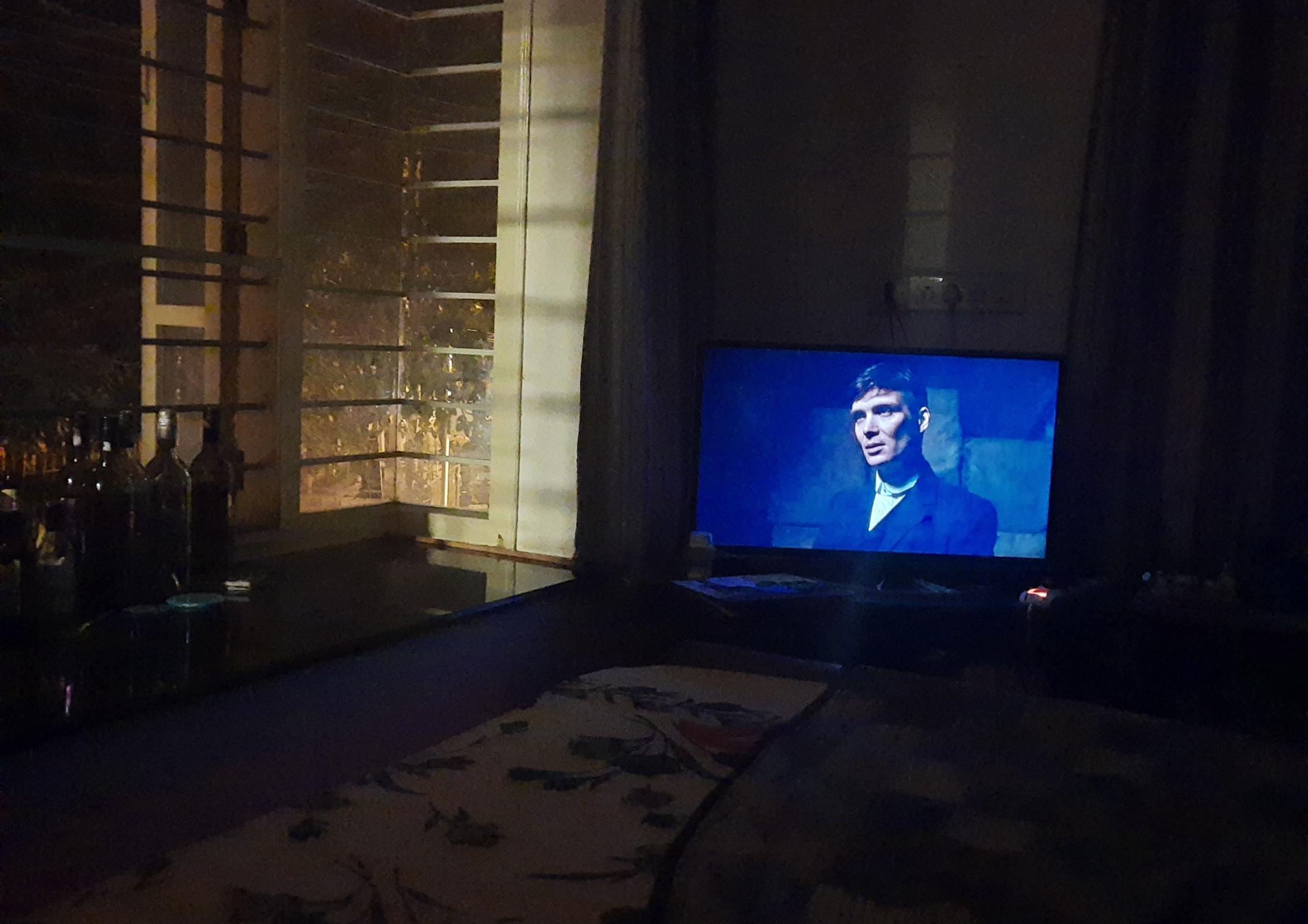 When my eyes weren’t burning, night time was Netflix time. 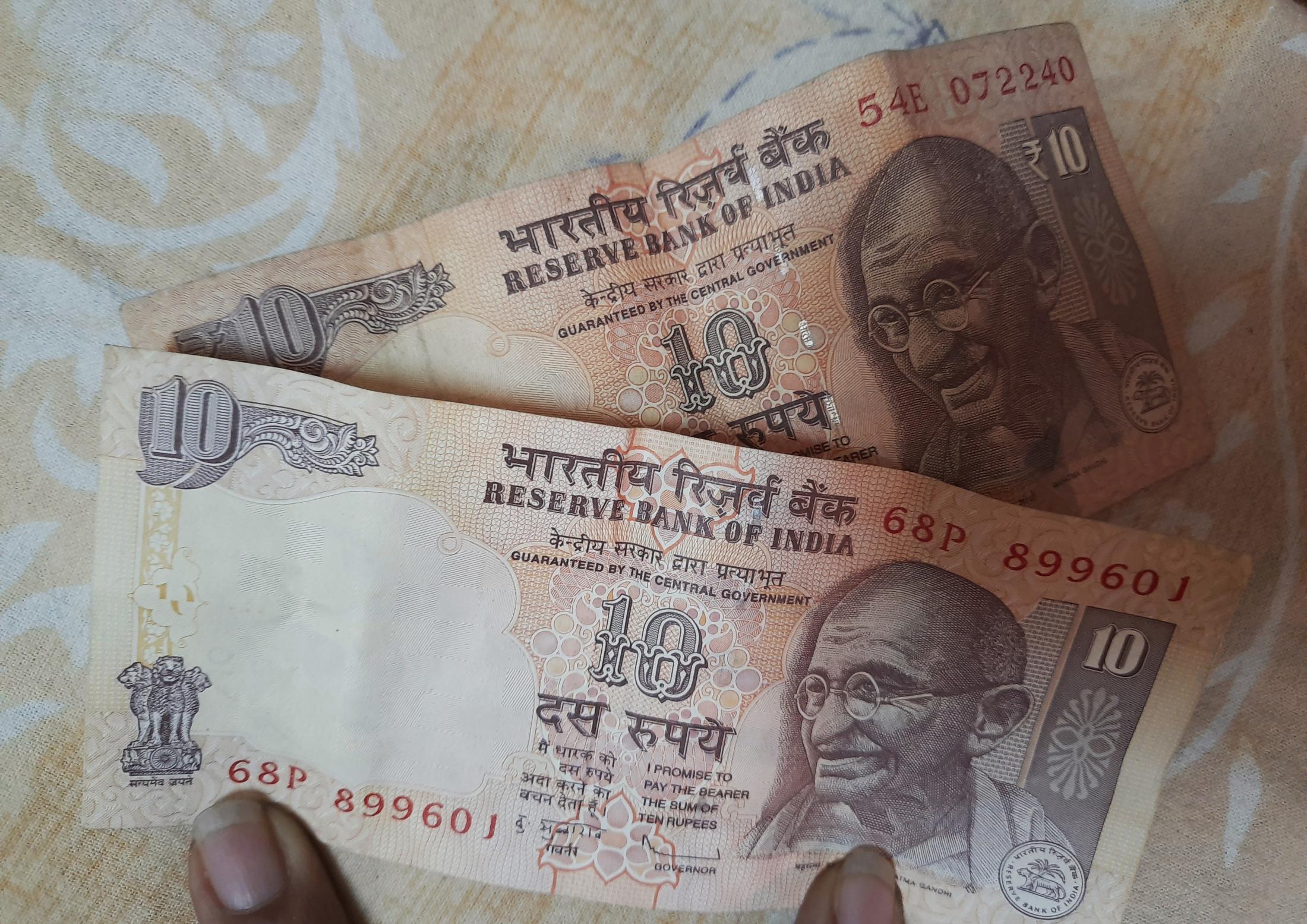 I even got a reward for tidying up. Money found in a trouser pocket

Friends calling to check up on me and entertain me with their stories. Dragica is my Austrian friend I made in Hampi who has recently relocated to Nairobi. It was interesting to listen to her encounters with wildlife and other discoveries in the new place. I am sure I dreamt of Cheetahs and Leopards that night. 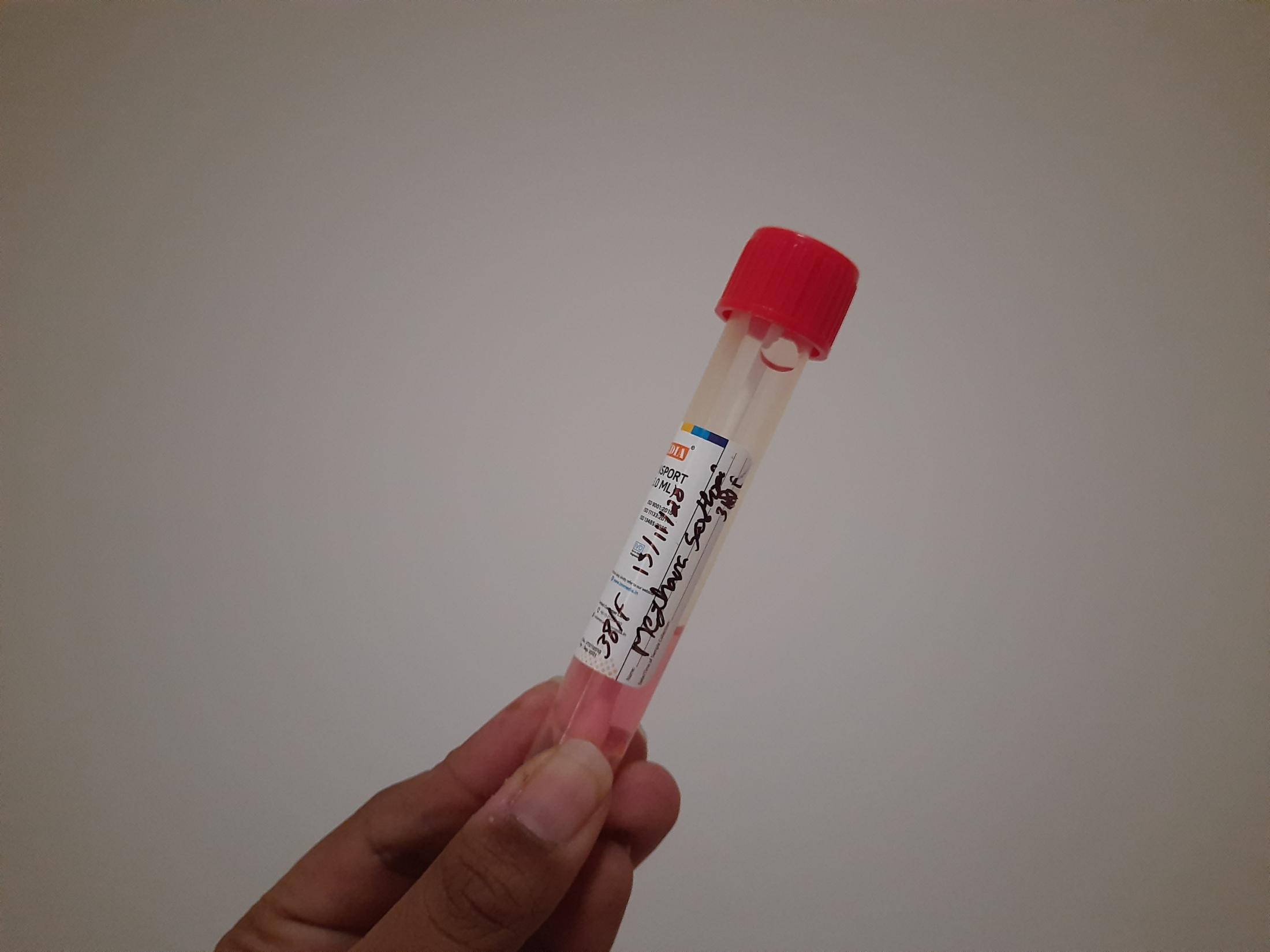 As my quarantine period came to an end, it was time to test again and the result was negative. Woot, Woot! Time to return to fitness and work.